“Hey Mama”–A Song For Your Mother, and All Mothers 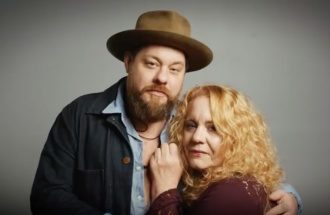 Alt and Adult Alternative darling Nathaniel Rateliff, who “exploded on the scene” a mere 4-years ago, goes for broke with his latest, “Hey Mama,” a a low key homage his mother… and all mothers.  (It’s been #1 Alt for three weeks.)

Rateliff’s delivery is strange for a singer: His voice is weak and nasally,  and he looks like he’s huffing and puffing..and yet..it’s his heart we are really hearing…and that’s major league.

“Hey Mama’s” vibe is reverence and gratitude. The lyrics are vague and personal, opaque snippets of feelings, thoughts and hurts. It’s starts appropriately slow– thoughtful, and tender–then builds to an emotional  throb.

“Hey Mama” is an interesting insight into an artist whose songs are usually roiling, boiling masses of emotional turmoil.  His latest album title is “Tearing At The Seams”–a hint that he’s not a Paul Simon/ intellectual kind of act.

Mama, of course, is a recurring pop-music topic.  BJ Thomas had a hit in 1966 with his “Mama”:  smooth and syrupy, with a catchy hook,  kinda corny…but so what.