Matt Maeson: From Down in the Dumps to Hitsville 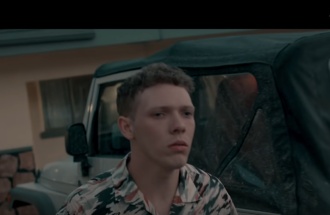 You’ve got to be pretty depressed to write these lines:

Last Jan. Boomer Music Update posted singer/songwriter Matt Maeson’s then current release “Cringe’’ (intense, raw, bluesy rock).  It had been released in 2016, but didn’t hit the Alt chart until 2019—where it ended up as the year’s longest running #1 single by a new Alt artist.

Maeson’s current, “Hallucinogenic,” reflects the letdown he experienced after wrapping up his last tour.  It’s #6 on this week’s Alt chart.

The music business can be tough, and when singer-songwriters hit the low spots, well, that’s what they write about…

Dennis DeYoung wrote “Come Sail Away with Me” Styx’s (1977) breakout hit, when he was depressed by the band’s two previous album flops.

Both “Cringe”and “Hallucinogenic” are available on Maeson’s debut album, “Bank on The Funeral”.