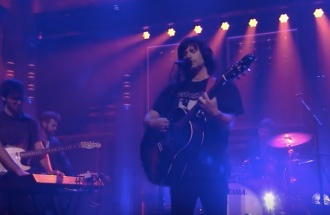 In 2001 singer/songwriter Pete Yorn hit big with his debut album “musicforthemorningafter.” The album went  gold and Rolling Stone magazine proclaimed Yorn one of their “Top 10 artists to watch” that year.

I wish I knew then what I know now

however, he tempers his regret with hindsight:

“Calm Down” is  lyrical, slow and dreamy, reminiscent of British band Orchestral Manoeuvres In The Dark, aka OMD–they expressed a similar musical mood on their biggest pop hit “If You Leave” (1986)  with their romantic plea…

Yorn writes, sings and plays most of the instruments on his recordings.