“Running Up That Hill” Redux 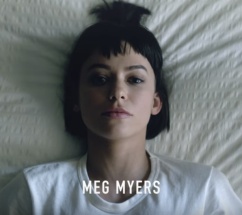 In 1984, when Kate Bush’s “Running Up That Hill” was a massively successful international hit, British singer/songwriter/musician Meg Myers was just one-year old, but no matter, she’s just released a cover that puts her own spin on the tune; prior to discovering “Running Up That Hill,” which she claims resonated with her soul, Myers had little interest in covering another artist’s music.

If you’re not familiar with the original,  it’s a somewhat dramatic song about a male/female relationship with problems.

Kate Bush expresses more tenderness and is less vocally aggressive than Myers, whose delivery is more in your face. Improved production techniques give the updated version a  contemporary feel.

Myers’s  “Running Up That Hill” is generating  significant audience support, and currently ranks #11 on Alternative radio.