Something We Boomers Know Something About…Time & Memories… 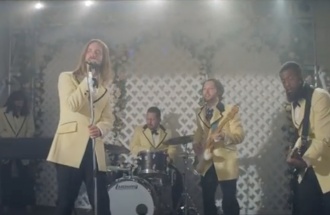 An  “Impala,” as many Boomers know, was a cool car, made by Chevy, popular in the late 50s-60s, and many of us also know that “Sorry (I Ran All The Way Home)”  played on high rotation on everybody’s local Top-40 radio station,  was performed by “The Impalas,” a one-hit-wonder group from 1959.

Let’s talk about Australia’s’ multi-talented Kevin Parker, who writes, records, performs, and produces for his 5-man band, Tame Impala, and their latest hit,  “Lost in Yesterday.”

The song is cool, too, just like that 1959 Chevy Impala was cool–both song and car have major attitude, are sleek,and smooth, above the fray.  “Lost in Yesterday” is 100% Boomer friendly, not only the sound and delivery, but also the content:  how time impacts memories, especially certain memories..

And you’re gonna have to let it go someday

So if they call you

If they hold you

‘Cause it might’ve been something, who’s to say?

Does it help to get lost in yesterday?

Tame Impala kicks off their Spring-Summer tour tonight in San Diego, CA.  In June, they headline at Bonnaroo.

Their debut album was a decade ago.

.”Lost in Yesterday” is from their 4th album, which was released last month.