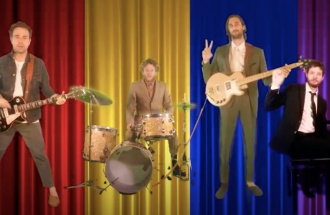 Fast forward to next month, when Dawes releases their 7th album–the first single release is “Who Do You Think You’re Talking To” and it SCREAMS “the 80s”  –Tears for Fears, Springsteen, The Cars, and especially “Don’t You Want Me” by The Human League.

Dawes has a throwback feel but their lens is unique, their lyrics endearing and their melodies fresh.

“Who Do You Think You’re Talking To” is #12 on the Adult Alt chart this week.