The Raconteurs: Not as Wild as Steven Tyler… 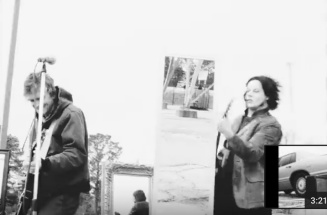 Generally speaking, Boomers believe that our generation’s music was the best ever, and one reason we believe that to be true is Aerosmith’s “Crazy,” a top 10 hit in 1993.

It has great everything:  words, music, message, emotion, connection, energy… a high bar…but The Raconteurs’  “Now That You’re Gone” cruises along with a similar shuffling, low key rock intensity, even though the total experience isn’t as dramatic as Steven Tyler’s wild delivery.

The Raconteurs, a four man group formed in Detroit, includes multi-talented Jack White,  who is one of the  most creative forces in music today, and has been from the moment he and now former wife Meg delivered their debut album as The White Stripes 20-some years ago.

Included in Rolling Stone magazine’s “100 Greatest Guitarists of All Time”  and winner of a dozen Grammys, in addition to recording with The Raconteurs, White is also a solo artist, and a member of the band  Dead Weather.

Sometime in 2019, The Raconteurs will release their first album in more than a decade.