This Song is So Hip and So Rock n’ Roll 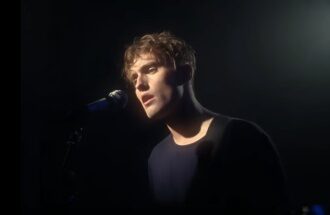 There’s a statistic out,  that millennials have less sex than we Boomers had, when we were their age, however, 23-year old Brit Sam Fender has a “Top 20” Adult Alt hit song about one night stands, without any strings attached, meaning there’s no deep insight into the lyrics:  it’s “just a song about one-night stands.”

“Will We Talk” has a galloping, intense energy  (like Bob Dylan’s “Time Out of Mind”) with wild lyrics:

Blarin’ loudly out the speakers

Fluorescent liquid in his beaker

Another night they’ve gone too far

“I don’t usually do this kind of thing

Does it change the way you think of me?”

“If you dance with me, darling

If you take me home

Will we talk in the morning?”

Fender’s props:  Earlier this year he was named winner of the Brit Awards coveted “Critics Choice Award” and he’s got music in his DNA; both his father and brother are singer/songwriters.

Background: Fender’s hometown was public housing in an industrial town in England; by age 10 he  found solace in Bruce Springsteen’s tales of blue collar Asbury Park, New Jersey (and you can hear Springsteen’s influence).

Forty years ago, instead of “I don’t usually do this kind of thing” it was “Good Girls Don’t” by The Knack.