“We Are the Kids That No One Wants…” 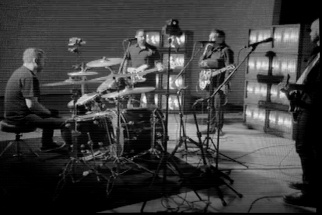 Is a line like “We are the kids that no one wants” more nihilistic than James Dean’s 1950s rebellion and disillusion in “Rebel Without a Cause,” or The Who asking  their elders “why don’t you all f-fade away (talkin’ about my generation)” or Joan Jett belting “Hello, Daddy, Hello, Mom I’m your ch-ch-ch cherry bomb”. ..or is it the same sense of alienation and doom, updated, this time by punk rockers Rise Against, a Chicago based foursome whose “Nowhere Generation” is currently one of the most played song on Alternative radio?

“Nowhere Generation” is Rise Against’s 9th album and the title song is just as rebellious and raw, and loud and searing as our Boomer generation’s cri de coeur.   Maybe youth always thinks they are getting a bum deal?