What’s in a Name if the Name is “Shame Shame?” 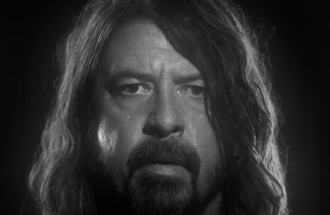 It’s been 26 years since Dave Grohl founded Foo Fighters, and in Feb. they’ll drop their 10th album, “Medicine at Midnight,” a celebration of the band’s longevity with a party vibe, despite the dark and powerful opening cut and first single, “Shame Shame.”

While in high school, Grohl (he’s now 51 y/o) had a disturbing and unforgettable dream with dark, dramatic images that have lurked in his psyche for years…

Another splinter under the skin

Another season of loneliness

I found a reason and buried it

Beneath a mountain of emptiness

“Shame Shame,” which debuted earlier this month on Saturday Night Live, captures, in both song and video, the mood and message of that youthful dream.

What’s in a name?  In 1968 “Shame Shame” was a one-hit-wonder by the English group Magic Lanterns, and is a completely different listening experience than the Foo Fighters’–it’s almost cheery by comparison.

The Foo Fighters “Shame Shame” is #10 on both the Alt and Adult Alt charts.