When the Singer and the Song are More Than the Sum of its Parts. 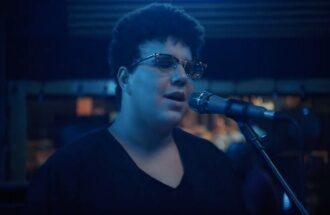 I gave a lot of thought about how to introduce you to Brittany Howard’s “Stay High.”  I contemplated a cute  title: “Is it the Singer or The Song?” or telling you that when I saw her on SNL her soulful vocals and emotional abandon reminded me of Janis Joplin.

Maybe Howard isn’t a Janis Joplin, now or ever, or maybe she already is, but what I can say is that if you like all kinds of music:  “Americana,” Top 40 rock, Album Rock, Country, blues, some of almost everything except maybe EDM and misogynistic hip-hop, then prep yourself for a musical thrill.

Brittany Howard, a 30-year Alabama native and  force of nature,  has a well-deserved hit song (#7 this week) on the Adult Alt music chart.  “Stay High” is delightful and charming, a high-on-life “feel good song” with matching video that features Terry Crews, former NFL player and star of the sitcom “Everybody Hates Chris,” lip synching to Howard’s vocals.

Howard’s voice bursts with the gutsy, genuine and captivating throwback sound of 60’s and 70’s soul.

“Stay High” is from her  forthcoming first solo album. Her day job is front and vocals for Alabama Shakes—a five member band that, in 2015,  shook up the music world and won four Grammys.

“Stay High” reminds of us Barbara Lynn’s 1962 classic “You’ll Lose A Good Thing,” also a soul song that is an example of when the singer and the song were more than the sum of their parts, a combo that took hold and endures.