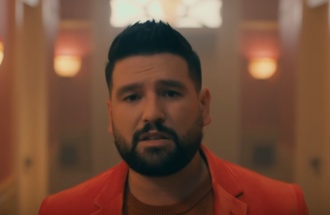 Almost a year ago, Boomer Music Update  posted about  “10,000 Hours”  by Country duo Dan & Shay,  featuring Justin Bieber– it was big hit, and not only in Country but also on the  Adult Top 40 format, as were their their previous #1s,  “Tequila” and “Speechless.”

The duo co-wrote their  latest single, “I Should Probably Go To Bed,” strongly influenced by the Beach Boys legendary Pet Songs album, especially Brian Wilson’s a cappella vocal arrangements.  The  song is slow and sad, about a girl/woman they used to love.

All my friends finally convinced
Me to get out of the house
To help me forget, to help me move on
Then I heard you’re back in town…

I should probably go to bed

The song is “Pop Country” and  it  plays up Dan & Shay’s strengths, which are their vocals.

“I Should Probably Go To Bed” got major radio airplay the day it was released, and it’s currently  charting at  #15 on the Country chart, and #21 on Adult Top 40.