Breaking Up: It’s All in the Way You Look at It 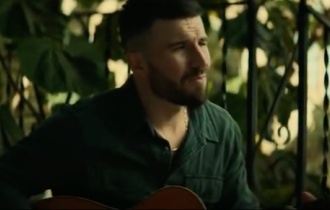 Sam Hunt is a Country star, and he’s hurtin’ big time. His latest, “Breaking Up Was Easy In the 90’s,” is classic Country: twang (Hunt is from Georgia), jail, and a heartbreak so sad and so bad you can feel it yourself.

He cites technology as a contributor to breakup-heart ache, and figures it had to be easier in the 90s.

He’s referring to the social media reminders that his ex is “moving on.”

In 1996, singer/songwriter Mark Chesnutt’s “It’s a Little Too Late” (also “classic” Country) had a woe-is-me, live and let live point of view in his break-up song.

I should’ve been there then she’d have never left,

I should’ve been hangin’ on every word she had to say,

Popular music both reflects and influences the culture at large. Before Facebook, Twitter, Instagram etc. the experience and circumstances of a romantic break-up may have been different, but not necessarily easier…