Country Music Nostalgia: Remembering a Past You Never Had 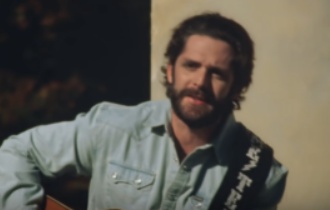 Did you grow up on a tractor?
Did your daddy let you drive?
Are you whiskey bent and hell bound
Even though your mama tried?

If that sounds like you, or if you wish it were you, or it used to be you, or if it’s someone you know—y’all are in luck, ’cause those lyrics are from Country star Thomas Rhett’s newest, “What’s Your Country Song,” which references 16 previous Country hits, from Merle Haggard and Hank Williams classics to more recent hits, like Jake Owens “Barefoot Blue Jean Night” and “That Ain’t My Truck” (1995), a nod to Rhett’s father, singer/songwriter Rhett Akins.

“What’s Your Country Song” is twang, high school football, trucks and nostalgia for itself, performed by a 21st century urban cowboy who didn’t grow up poor on a farm, he’s not an alcoholic nor has he been to prison, he has a great marriage– he loves the tropes and traditions and sound and simplicity of Country, and that’s what he performs.

Radio’s response was immediate–nearly every Country outlet was spinning it the moment it was released. It’s only been out two weeks, and it’s already #22 on the Country chart, and on its way to becoming one of the first big Country songs of 2021.

In 2015, Rhett’s first major hit, “Crash and Burn,” was featured on Boomer Music Update and since then we’ve included him a half dozen times, and the odds are excellent there’ll be more.