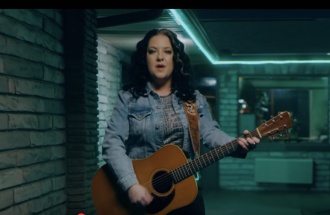 Ashley McBryde’s “One Night Standards,” a forceful, in your face reality check about the modern state of the one-night stand from a woman’s point of view, asserts that it can be just as casual and temporary for her as it is for him.

Can’t you just use me like I’m using you?

Country music has a history of songs about empowered women, going back to Kitty Wells’ 1952 “It Wasn’t God Who Made Honky Tonk Angels” which bucked against the double standard that it was OK for a man to cheat, but not for a woman.

“One Night Standards” is charting #35 on the Country format.

McBryde is a Grammy nominee for her album and song “Girl Going Nowhere,” which BoomerMusicUpdate featured over a year ago.