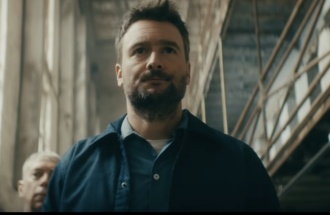 When it comes to songs with social commentary, traditionally conservative Country music is probably more risk averse than other formats,  except for Eric Church  who  “marches to the beat of a different drummer.” He likes his songs to tell it like it is,  and his newest “Stick That In Your Country Song” is barely contained rage, with a savage delivery, about the state of American affairs.  Church just shreds  the lyrics:

Take me on up to Detroit city
Jails are full, the factories empty

Mamas crying, young boys dying
Under that red, white and blue still flying
Drop me off in Baltimore /
Where every other window got a plywood board
Where dreams become drugs and guns
The only way out is to shoot or run

Sing about the man coming back from war
Twenty-three going on 54
He lost a friend, his sight, his hands
Baby girl, he’ll never see again

Comparisons have been made to this period in American history  and to 1968, which was also a time of polarization and short fused tempers–  that’s when Henson Cargill ‘s  #1 “Skip A Rope” called out loveless marriage, tax cheats, and greed, among other top of mind vices.