Her Heart is Colder Than His Cold Beer! 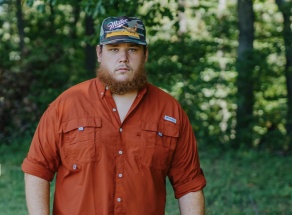 Luke Comb’s been a Country singer/songwriting star since 2017, when his  “Hurricane” hit big; along the way, he’s reaped a wall of awards. Currently, he’s working on his third album, but it’s a cut from his 2020  CMA  and ACM “Album Of Year” winner, “What You See is What You Get”, that’s burning up  Country radio. “Cold As You” portrays a broken-hearted guy, sitting on a barstool,  Willie Nelson on the juke-box, comparing the pain of heartbreak to… ...Drinkin’ beer almost as cold as youThem cinder block walls ain’t ever been clean Still ain’t as dirty as you done me“Cold As You” is #23 on the Country music chart this week.