It’s Always About a Woman… 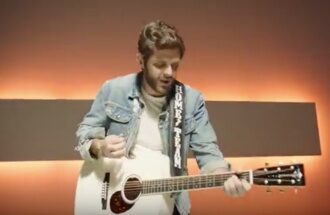 “Back in the day” Top 40 radio was more inclusive than it is today– teen rock dominated, but playlists included the occasional Frank Sinatra or instrumental, and a good dose of Country:  Johnny Cash, Dolly Parton, Tammy Wynette– “Stand By Your Man” was #1– Jerry Reed’s “Amos Moses,” Ray Price “For The Good Times,” Glen Campbell.

Starting in the 80s,  radio formats narrowed and playlists tightened–ergo, less diversity, however, songs still do cross over from one format to another, and both 2018 and 2019 have been especially good years for Country:  Sam Hunt, Florida Georgia Line w/ Bebe Rexha, and “Tequila,” the monster hit from Dan & Shay, are all recent cross-overs, with Thomas Rhett’s “Look What God Gave Her” the latest;  it’s #1 on the Country chart and ranks top 20 on Adult Top 40.

“Look What God Gave Her” is Rhett’s homage to women in general, and his wife in particular, a path already paved by the many men who have written songs that appreciate  strong women,  i.e. Billy Joel’s song about his first wife, who was also his manager–she was known as quite the force, but to Joel, her femininity reigned in “She’s Always a Woman” (1977).