Lee Brice: From Clemson Football to #1 on Billboard. His first 2021 release is already on the Country chart. 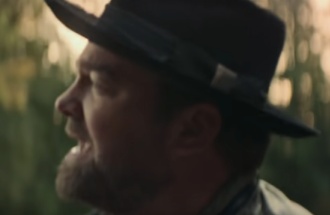 After Lee Brice was injured while playing football for Clemson, he re-directed his career to music, where he’s been uber-successful as a singer/songwriter, racking up more than a half-dozen number one hits.

His newest, “Memory I Don’t Mess With,” is strong stuff:

Brice tackles the deep and long-lasting after-effects of love lost, a time-honored and much covered Country music staple, presented here with an edge similar to Travis Tritt’s 1994 “Between an Old Memory and Me” where the M.O. is a drink at the bar, a song on the juke box, and contemplation:

I’m not hurtin’ anybody as far as I can see,

I just need to be alone sometimes,

While she goes walkin’ through my mind.

“Memory I Don’t Mess With,” at #44, is just starting to climb the Country music chart.