Memories: From Elvis to Thomas Rhett 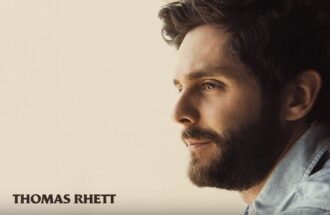 This is Thomas Rhett’s moment; he’s hot-hot-hot, unstoppable, a massive success, with a string of hit Country songs in his wake, (several even crossed over into Pop.)

His newest single: “Remember You Young” is engaging and touching, the vocals are heartfelt, and the story line goes for the big picture: life.  It’s “Modern Traditional Country,” meaning it’s not Johnny Cash/Merle Haggard traditional, rather, it’s traditional Country with the edges smoothed out, sung by educated people who didn’t pick cotton or go to prison.

Rhett’s co-writers, two of Nashville’s top wordsmiths, Jesse Frasure and Ashley Gorley, know how to make listeners cry, and incite chills as part of their message.

In April, Rhett  Instagramed that “this song is about the moments with loved ones solidified in my mind forever.”  Romantic.

The “memories” theme  is a songwriter’s staple.  In 1968 Billy Strange and Mac Davis wrote “Memories” for Elvis Presley’s “Comeback TV Special” and it became an instant classic.  Elvis included it in many of his live performances for the rest of his career.