Paying Your Dues in Nashville Can Be a Very Rough Gig 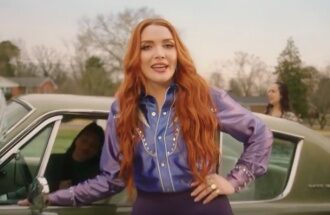 What’s it like paying dues to make it in the highly competitive Nashville music scene? Ask newcomer Caylee Hammack.

She’s 25-years old, and has been singing and writing songs since she was 13.  At 19, she moved to Nashville, kicked around, lived a few weeks out of her car in a Target parking lot.

Three years later she landed a publishing deal and now she’s got a debut single out, “Family Tree,”  that she also produced, and that’s charting at  #34 this week.

“Family Tree” mines that ever-true Country trope:  “Family!” through thick and thin, usually when said family is rural or small town–not a “a basket  of deplorables,” rather, a big clan of lovable eccentrics, sung with Great Cheer! Enthusiasm! And Energy!

Hank Williams, Jr. wrote and sang about his family, too–also with forceful energy and with fondness for the family flaws.  He was in top form singing 1979’s “Family Tradition.”