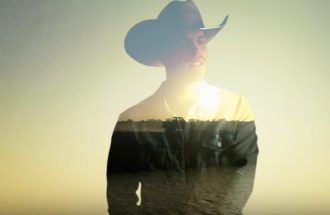 In 2017, his “Small Town Boy” went to the top of the Country  chart, and now,  two years later, he’s back with “Ridin’ Roads” a song inspired by his younger days (and nights) cruising the rural countryside and hanging out with his friends.

If these lyrics click with you, than you are in luck, because “Ridin’ Roads”is a hit, and you’ll be hearing it a lot.  Currently, it’s # 5 in Country radio airplay.

Got you a Bullet in a koozie, keep it ice cold
You take a sip ‘fore we get gone

In contrast to the simple lyrics, the accompanying video is tres artsy, with all kinds of creative imaging.

Country superstar Alan Jackson also sang about riding around the countryside in his cover of  “Mercury Boogie,” a song first done in 1949.  He renamed it “Mercury Blues” and enhanced a story line that alluded to James Dean’s Mercury in “Rebel Without a Cause.”