What If I Never Get Over You? 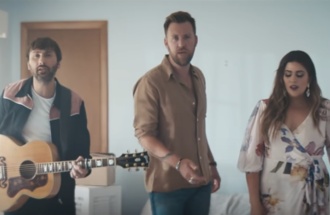 It’s supposed to hurt, it’s a broken heart
But to movin’ on is the hardest part

What if time doesn’t do what it’s supposed to do?
What if I never get over you?

Ronnie Milsap pondered the same topic, in 1981, with his huge hit “No Gettin’ Over Me.”  His solution was to just deny the whole break-up and stick around.

Lady Antebellum’s tear-jerker “What If I Never Get Over You” was #1 on the Country chart for weeks, and it’s still top 10.  Their sound, like Milsap’s, is modern Country, clean n’ clear and sort of pop–no twang, trucks or drunks.