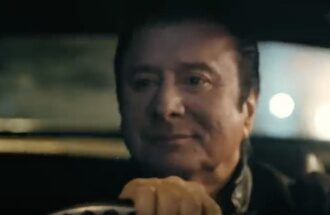 Steve Perry is back, reminding us how much we missed him.

Even though he just turned 70, he’s still got it; his voice and energy level are less intense than “back in the day,”  but he makes up for it with earned wisdom, and a matured point of view.

He was inspired to co-write, with Brian West, his newly released single, “We’re Still Here,” ( self explanatory) after a walk on Sunset Blvd., observing young people out and about, realizing that when he was their age, he was doing the same thing.

“We’re Still Here,” an appealing ballad, has some of the magical appeal of 1982’s “Open Arms,” when a then 33-year old Steve Perry sang one of Journeys’ biggest hits.

He’s camera-shy:  Perry says this is “his first official video in nearly 25 years.”