You Can’t Keep a Good Song Down 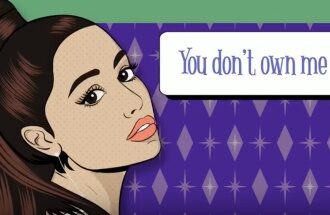 Three+ years ago Grace and  rapper G-Eazy released a mix version, and now it’s Kristin Chenoweth and Ariana Grande  belting their hearts out on this classic, emotionally wrenching and early feminist classic with a rendition that’s faithful to the original.

In addition to “You Don’t Own Me,”Grammy winner Chenoweth includes additional songs  by her favorite female singers on her newest album, “For The Girls.”

Here are both versions, Gore’s original and the Chenowith/Grande cover.