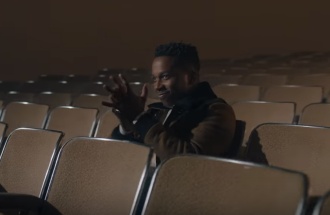 Do you love dance music?  Were you into disco? In 1977 did you groove to “Don’t Let Me Be Misunderstood,” Santa Esmeralda’s cover of the mid-60s hit by the Animals, and which was all over Top 40 and Disco radio and in the clubs?

If the above is you, you’re in luck, because “Go Crazy” by Leslie Odom, Jr., is a fun, three and half minute energy boosting ride that makes the party happen.

The song is smooth, sophisticated and suave, and it’s both cool and hot.

She’s destiny’s daughter, I’m gaspin’ for air
But you won’t believe me, you just had to be there

Odom’s an actor and singer.  He won a Tony for his performance as Aaron Burr in “Hamilton” and a Grammy for the cast album, and now, he’s got a hit song, currently #26 on Adult Top 40 radio.