Boomers: Don’t be out of it. Get to know Lizzo 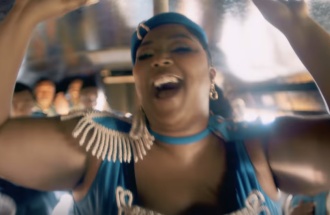 Fellow Boomers, you’ll want to know about Lizzo–she’s sizzling hot on the music scene; at 31-years old, she’s been around (Texas, Minneapolis)  and paid her dues. The result is a muti-talented, charming, smart rap/pop//R&B star with a large body and a larger than life personality who exudes joy and confidence, and is also an ardent cheerleader for self acceptance and for a positive body image.

The Grammys are happening soon, and LIzzo has nominations for “Song the Year,” “Record of the Year,”  “Album Of The Year,” “Best Pop Solo Performance,” and ” Best New Artist.”

You can catch her on this week’s “Saturday Night Live” (Dec. 21st).