Can’t Keep a Good Song Down. “Higher Love” is Back. 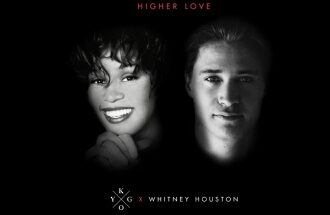 In 1986, then 38-year old Boomer Steve Winwood reached the top of Billboard’s Hot 100 for the first time with his now classic “Higher Love.”

Four years later Whitney Houston recorded a version which ended up as a bonus track on the Japanese release of her “I’m Your Baby Tonight” album.

Now, seven years since Houston’s death, her interpretation of “Higher Love” has resurfaced on Adult Contemporary and Adult Top 40 radio, thanks to Kygo, the super-talented DJ/songwriter/record producer who freshened it up with his remarkable mixing skills.

“I wanted to be respectful of the original song while still adding my touches and letting her vocals shine. She has those ad-libs that she does that no one else does, so I wanted to get that in there.”