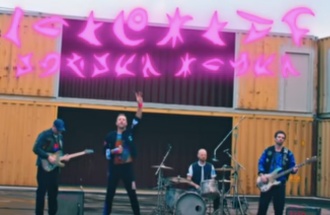 Coldplay fans have been waiting since 2019 for a new album, and it’s possible one may arrive later this year, and while there’s no definite date, there’s a rumored title –“Music Of The Spheres.”

Last month the group released a single,”Higher Power,” and the first person to hear it was French astronaut Thomas Pesquet, who is currently in outer-space, aboard the International Space Station.

Chris Martin, the band’s singer/songwriter/producer told “People” magazine that “Higher Power” is “about trying to find the astronaut in all of us, the person that can do amazing things.”