Cool, Groovy, and Smooth: The Jonas Brothers Have A New Hit 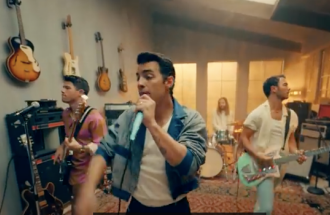 The Hit:  “Who’s In Your Head”  by the Jonas Brothers

Because:  There’s a melodic commonality between the two songs, even though  the “Who’s in Your Head” tempo is a bit slower; in each song, there’s a couple questioning their relationship.

Also because: It’s 3-minutes and 7-seconds of straight ahead, hook filled pop.

“I wanna know who’s in your head
Stealing your heart while I’m still bleeding,

In less than two weeks the Jonas Brothers wrap their tour at The Hollywood Bowl, and, in November, release their memoir “Blood”.