Cool Is As Cool Does 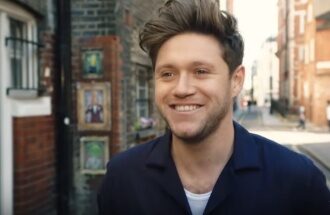 26-year old Niall Horan has the kind of relatable, appealing cool that a Boomer can appreciate. For example, he credits the influence of classic rockers Fleetwood Mac and The Eagles on his  2017 debut solo album.

Horan has one of those “right time/right place” careers, starting out as a member of uber boy-band One Direction, eventually dropping a solo album (see above) which topped  the album charts in the U.S., Canada, and his native Ireland.

Now, he’s finishing up a second album, and it includes his new single “Nice to Meet Ya,” already getting heavy exposure on both Top 40 and Adult Top 40 radio.

“Nice to Meet Ya” is a pop infused production and could be Horan’s strongest hit to date.  It’s all out charming, cute-sexy, up-tempo and catchy, a refreshing tale of a  youthful one night stand: It hits  the listener with an instant energy kick.

I like the way you talk, I like the things you wear
I want your number tattooed on my arm in ink, I swear
‘Cause when the morning comes, I know you won’t be there

Nice to meet ya, what’s your name?
Let me treat ya to a drink

Horan was only 6-years old  when English Producer, DJ and musician Fatboy Slim hit  it big in 1999 with “Praise You”, (coincidentally, from his second album, too) but there is recognizable melodic tissue between those two songs.