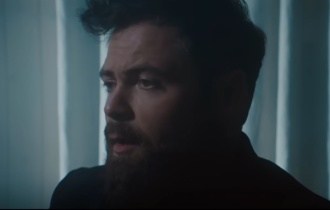 In 2009 Britain band Passenger split up, but lead singer and songwriter Michael Rosenberg kept the name and went solo, having since released 12 albums; his biggest hit, by far, was 2012’s massive “Let Her Go.”

He kicked off 2021 with a new album– “Songs for the Drunk and Broken Hearted” (an outstanding title) and the lead single, “Sword from the Stone” is a stunner, as good as music was in the 70s. It’s got everything:  message, talent, a good song, emotion, brains, insight.

Well, how you doing, darling?

How you getting on?

How you feeling, sweetheart?

Are you moving on?

Are you sleeping okay

Or do the nights go on and on?

…simple lyrics, but meaningful and thoughtful.

Passenger penned the song following the break-up of a lengthy relationship and one can feel the sorrow and pain in his emotive vocals.

Multi-talented super-star Ed Sheeran fell in love with “Sword from The Stone” when Rosenberg first played it for him, publicly praising the song in Rolling Stone magazine and then taking on the co-producer role.

Sheeran’s touch is vivid, evident in both mood and delivery; musically the sound conjures up memories of emotional heartbreak songs, in the realm of Nilsson’s “Without You” (1972), one of the category’s “all-time greatest.”

“Sword from The Stone” is getting early success on both Adult Top 40 and Adult Alt radio.