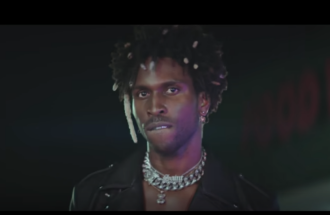 “Roses” by SAINt JHN  is an international sensation with almost a billion streams which are two good reasons to pay attention to it–just so you know what everyone else in the world is listening to.

Plus, it’s a terrific dance song, with a “Nasty Girl” groove –the 1982 one by Vanity 6, written and produced by Prince.

SAINt JHN, aka Carlos St.John, a Brooklyn, NY singer/songwriter/rapper/producer, first released “Roses” in 2016 but recently revived it with a remix that brought in a new, global audience.

About the the lyrics?  Suffice to say, we’re definitely not in Kansas anymore.