From Gloria Gaynor to Selena Gomez: The Break-up Song 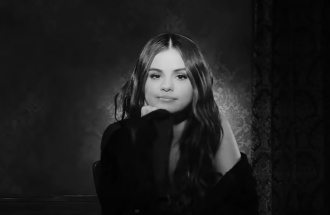 Some 3-minutes are longer than other 3-minutes, for example, listening to Selena Gomez sing about her break up with Justin Bieber reminds us Boomers that we’ve been around this block before.

Gloria Gaynor’s “I Will Survive” comes to mind. A feminist “in your face” anthem about  how to deal with the break-up, it crash landed at #1 in 1978, at the height of “Disco Mania;” Gaynor’s song was everywhere:  your car, your friends car, at a dance club, in a bar…

Today, it’s Selena Gomez, girlish and wispy, wondering and reflecting on the end of her long-time, on-again/off-again love affair with pop-star Justin Bieber, who has, since his break-up with Selena Gomez, up and married super model Hailey Baldwin.

Destined to be a hit:  Both Top 40 and Adult Top 40 stations have embraced the new Gomez release with round the clock exposure making it destined to become one of the first major hit  songs of 2020.  Current rankings:   #12 on Top 40 and #16 on Adult Top 40.

It’s also being seen and heard on TV and social media platforms as the new commercial for the iPhone 11 Pro.