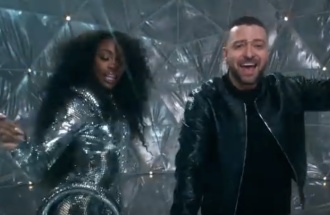 Soulful singer/songwriter Sza (pronounced Siz-Uh) and “Mr. Cool” Justin Timberlake are dueting on “The Other Side,” a cut from the upcoming soundtrack of the animated film “Trolls World Tour,” scheduled to open April 17th.

“The Other Side” reminds us of summer, 1975, when many Boomers were grooving to “Get Up and Boogie” from the German group Silver Convention.

That song’s function was to groove, not to ponder, facilitated by lyrics that ranged from

get up and boogie

That’s right
Get up and boogie

“The Other Side” has more generous lyrics, but,it, too, is a song to groove to, not to ponder.  The verses have more words and variety, but…

The words may be aimless but the sound is solid.  Smooth, a bit of edge, polished, Euro.

Sza (pronounced Siz-Uh) was 8-years old in 1998 when Justin Timberlake and the boy band NSYNC, among other acts, helped propel a resurgence of teen-pop, radio-friendly hits that had been missing from Top 40 radio through much of the 90’s.