It’s Good to be Camila Cabello 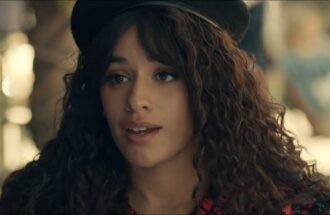 It’s good to be Camila Cabello because everything she touches turns to gold and platinum.

Multi-format appeal speaks volumes about the artist and her music. Cabello, formerly with Fifth Harmony, is fun and funny, smart, beautiful, hip, and sexy–an entertainment package vs. a great vocalist–she’s so in demand right now that she’s released two new singles “Shameless” and “Liar,” the latter being, at the moment, the hotter of the two.

Both songs are on “Romance,” her soon to be released album:  Cabello says she’s known for a long time that she wanted her album to be called ‘Romance’ because that’s the story of her life for the past few years.  (Her current boyfriend is fellow singer on above mentioned “Senorita,” Shawn Mendes.)

“There are liars, and then there are liars:”  In 1971 Three Dog Night scored a “Top Ten” hit with the same “Liar” title but with a much different angle, both  musically and lyrically!