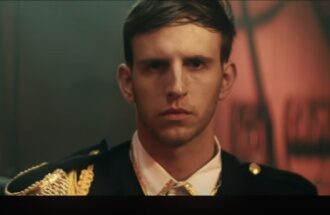 “Good Things Fall Apart” by Illenium (the stage name of  Nicholas Miller, an award winning producer/DJ/musician in the dance-music world,) is a collaboration with Jon Bellion, a  singer/rapper/songwriter, also from the dance genre, that draws a parallel to the breakup of a relationship to the breakdown of the world as we know it; it’s a powerful track, with a depressing point of view: both the world, and the relationship are beyond redemption.

“Good Things Fall Apart”  is Illenium’s  biggest hit to date, with a theme that Ray Davies and The Kinks also sang about–in “Apeman” (1970)–heading “to a distant shore” leaving civilization and its problems behind and adopting to live life au natural.

Ray Davies was 26-years old when he sang “Apeman,” and he, like Illenium, (who is 28) see and saw  the world, and personal relationships, from a 20-something point of view– perhaps more drama and doom than we Boomers would experience.  After all, we’ve been around the block a few times.

Illenium  was born in Chicago and raised in San Francisco.