Laughter May Be The Best Medicine, But Dancing Goes a Long Way, Too! 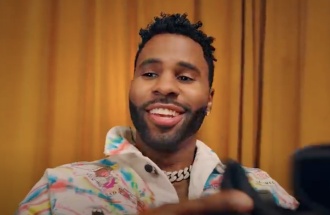 “…what we need right now is a song that’s going to uplift us and hopefully “Take You Dancing” can be a light in these trying days“.
—Jason Derulo

Agreed: Dancing is a good thing.  It uplifts the spirit and releases the soul, plus, it’s aerobic.

Back in the 70s, we danced to the Bee Gees “You Should Be Dancing”, which was part of the whole “Saturday Night Fever” sensation.

Prior to that, the Bee Gees were known for their ballads, including “To Love Somebody” and  “How Can You Mend A Broken Heart ,” which is also the title of the newly released HBO/HBO Max Bee Gees documentary, which Dave Sholin says is “must see TV.  A mind-blowing story about the treasure of musical memories the Brothers Gibb have given the world.”

Jason Derulo is 31 years old.  He was born in Florida to Haitian immigrant parents.

The “Take You Dancing” video has over 58 million YouTube views.