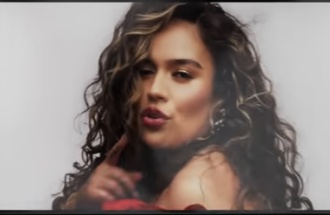 “X,” as in “kiss me like your ex is in the room,” by the Jonas Brothers is a hot, sultry and sexy dance track a la 1999’s “Waiting For Tonight” by Jennifer Lopez.

Featured in the Amazon concert film “Happiness Continues,” the Latin inspired “X”  gets a boost from Colombian vocalist Karol G.

Oh, watching her move, I was lost in the rhythms
And she pulled me close by the look in her eyes
Don’t know her name but I know that I need her
She said “Boy, you won’t be lonely tonight

Even though the Jonas Brothers trio had disbanded years ago, when they reunited in 2019 they become white hot all over again, and had their first  #1 hit with “Sucker” which is still getting significant radio airplay.

Some of the “X” verses are in English and some are in Spanish, a mix that adds to the heat, and, speaking of heat, both the “X” video, and Jennifer Lopez’s video, are …steamy.