Maroon 5 Sings About a Lost Love 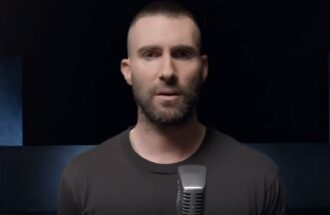 Memories…everybody’s got (at least) one about a love gone awry, and that’s inspiration enough for numerous artists to record original songs with the same title: “Memories.”

Elvis Presley led the way but The Temptations, Weezer, David Guetta and Shawn Mendes followed, each with their own version.

Maroon 5 are the latest to add to the “Memories” oeuvre, with a charming, simplistic, and dare we say lighthearted delivery? About a sad and serious subject?

Here’s to the ones that we got
Cheers to the wish you were here, but you’re not

There’s a time that I remember, when I did not know no pain
When I believed in forever, and everything would stay the same
Now my heart feel like December when somebody say your name
‘Cause I can’t reach out to call you, but I know I will one day, yeah

In less than two weeks of “Memories” release, almost every Top 40 and Adult Top 40 radio station in America is playing it, and will likely continue playing it well into 2020.

“I Remember You,” like “memories,” has been recorded numerous times and has a big and international following.  In 1962 Frank Ifield’s corny but classic version topped the charts in both England and Australia and  hit “Top 5” hit Stateside.