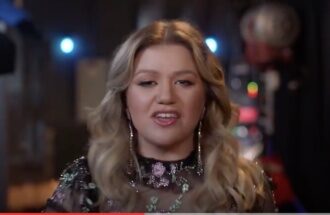 There’s a long tradition of movie soundtracks promoting hit songs and vice versa.  Last year it was Lady Gaga with her hit from “A Star is Born,” and, today, it’s Kelly Clarkson’s “Broken & Beautiful” from the new, animated “Ugly Dolls.” Clarkson voices the character of Moxy, and her “Broken & Beautiful,”  (co-written by Pink), is in the film’s soundtrack and is charting at #15 on Adult Top 40 format.

Clarkson’s had an eventful month: May 1st she hosted the Billboard Music Awards, shortly after that she had her appendix out, and two days later “Ugly Dolls” was released. (One of her fellow coaches on “The Voice” also has a role in the movie.)

Nearly 40 years ago, Olivia Newton-John hit it big with “Magic” from the movie “Xanadu”–it was one of her biggest hits–Billboard named it the #3 most popular song of 1980, right behind “Call Me” by Blondie and Pink Floyd’s “Another Brick In The Wall.”

Both “Broken & Beautiful” and “Magic”  have the feel of a song from a movie soundtrack that’s pop-radio friendly. Both songs have a quiet intensity that builds, and both are powerful and emotional, with Clarkson’s delivery  the more forceful.