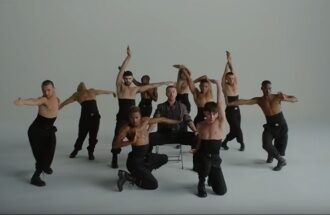 There’s a long history of rock and Top 40 songs that express the pain and anguish of love gone wrong. It’s a tall task: enough sensitivity and honesty to get it across, but not so much that the listener sinks into a depression!

Cat Stevens wrote “The First Cut Is the Deepest” in 1967, one of the best songs ever in that genre and it’s been a hit single no less than five times: Sheryl Crows’ 2003 version is the most recent, but she was preceded by Rod Stewart’s 1977 heart wrenching rendition, and now British singer/songwriter Sam Smith adds to the category and he doesn’t disappoint; “How Do You Sleep” released early last month, is charting both the Top 40 and Adult Top 40

There is something indefinable about Smith’s vocal texture and , like Rod Stewart, the emotion in his music comes from the heart, touching listeners with something real and believable.