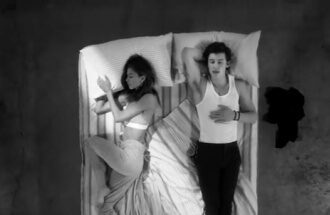 Here’s a song that exemplifies the shift in gender identity from our Boomer youth to today’s gender fluid generation.

In 1977 Yvonne Elliman nearly died of sadness in “If I Can’t Have You” because that’s how women reacted to rejection by their bigly and strongly men, who hid their feelings and put up an alpha-male persona.  In our formative years, “Big John” was on the radio and Ozzie made the decisions.

I don’t know if today’s male role model is still bigly and strongly, but, as “If I Can’t Have You”  by Shawn Mendes, 20-year old Canadian heart-thob and fast-rising star, makes clear, men are expressing more softness, and vulnerability today than they did 42-years ago.

Both songs are about love and attraction; her style was disco and his is …Top 40…(with a tinge of disco), it’s up tempo and bouncy with a catchy beat, and clever, listenable lyrics (read: easy to understand).

I can’t write one song that’s not about you

Can’t drink without thinking about you

Is it too late to tell you that

Everything means nothing if I can’t have you?

I’m trying, to move on, forget you, but I hold on…

I’m so sorry that my timing’s off

Shawn Mendes is touring until the Christmas season when he winds up with a stadium show (his first) in his hometown of Toronto.