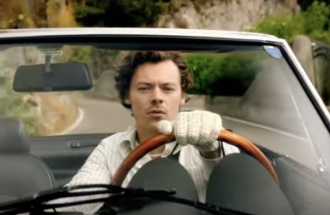 There’s something irresistible about those “da da da’s” in a song.

It was a winner for the band America on their massive, 1972 hit “Ventura Highway,” and it’s adding flourish to Harry Styles’ latest single, “Golden,” with its familiar 70’s/80’s feel wrapped around contemporary production and lyrics.

The former star of boy-band One Direction is having a sensational year: two consecutive #1 hits,  “Adore You”  and “Watermelon Sugar,”  both of which were featured in this blog and are included in his current album, ‘Fine Line,” which was named one of the “500 Best Albums Of All Time” in a recent Rolling Stone magazine.

The video backdrop for “Golden” is Italy’s beautiful Amalfi Coast, which enhances the song.