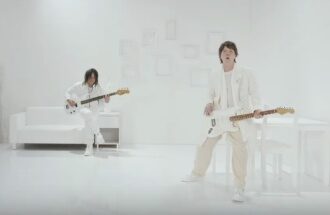 “Miracle Pill’ by the Goo Goo Dolls is an Adult Top 40 hit that’s introspective–a look at the “big picture”–taking stock–just like songs from “back in the day!”

Goo Goo Dolls co-founder, John Rzeznik, explained in a recent Spin magazine interview that “Miracle Pill” is “sort of a comment about everyone needing an instant fix, an instant cure for everything.”

Sort of like the #1 hit “Logical Song,” which Supertramp lead singer, pianist/guitarist Roger Hodgson co-wrote, and which “questions what really matters in life.” Two songs of introspection, separated by four decades and connected with a message, brilliant keyboard work and a melodic thread.

“Miracle Pill” is up-tempo, you can understand the lyrics, and it doesn’t have any current slang, i.e. it’s totally Boomer-friendly.

Last year The Goo Goo Dolls, one of the most successful bands of the 1990’s, celebrated the 20th Anniversary of their four times platinum  album “Dizzy Up the Girl”