The Talent Known as The Weeknd 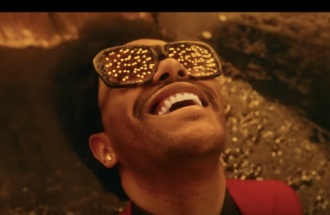 The Weeknd has a (highly anticipated) album drop planned, albeit without a  title or release date, so fans are making-do with two new, single tracks, “Heartless” and Blinding Lights”—each song generated millions of Youtube views and streams within hours of its release.

With its 80’s throwback feel, “Blinding Light” is getting compared to 1985’s  A-Ha hit “Take On Me” but there’s also some Michael Jackson influence–.the energy of “Beat It” is fused in the production.

“Blinding Light” is a song that’s more than the sum of its parts: the story-line is familiar i.e. a man loves a woman, but not in a traditionally romantic way, rather, in a ”Beat It” kind-of–way: tough and kinetic, black leather, speeding cars, cigarettes.

The lyrics are intelligent and adult-like, but it’s the combo of delivery, voice, vibe, and intent that makes this song outstanding.

Note: the song’s video is scary and literally bloody, a psychedelic fantasy that has generated thousands of comments!