The Weeknd Will Headline the Super Bowl 2021 Halftime Show, Plus He’s Got a Top 20 Hit. 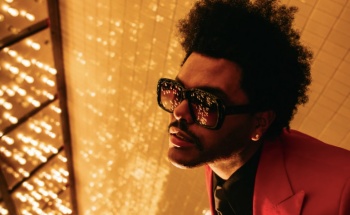 2020 was a great year for The Weeknd, the brilliant Canadian singer/songwriter/producer/pop stylist.

Spotify ranked his “Blinding Lights” as the year’s second most streamed song, plus numerous Billboard and American Music Award nominations and wins led fans and music industry professionals to expect 2021 Grammy recognition for The Weeknd, but instead, are shocked! that he was totally snubbed with zero nominations at the upcoming awards.

He’ll have a global audience on Feb. 7th, when he performs during halftime at the Super Bowl.

By then, his current single, “Save Your Tears,” will likely have climbed even higher on both Top 40 and Adult Top 40 airplay rankings. Right now it’s top 20 in each format.

“Save Your Tears” is sophisticated with lots of musicality and multiple tracks backing the Weeknd’s well articulated voice and insightful, clear-eyed lyrics:

I saw you dancing in a crowded room
You look so happy when I’m not with you
But then you saw me, caught you by surprise
A single teardrop falling from your eye

So, I made you think that I would always stay
I said some things that I should never say
Yeah, I broke your heart like someone did to mine
And now you won’t love me for a second time

Listeners may notice the melodic connection of “Save Your Tears” to Wham’s mid-80’s hit “Everything She Wants,” mostly in the chorus.