What the World Needs Now…Is a Feel-Good Song 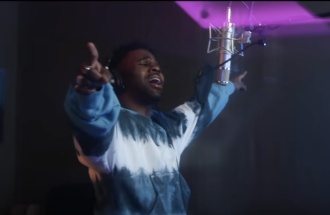 “Savage Love,” an international hit by Jawsh 685, a17-year old New Zealand high school student/song producer, and American hit-maker Jason Derulo, has the pop-reggae flavor and feel good vibe that you hear in Jimmy Cliff’s early 70’s classic “You Can Get It If You Really Want.”

Jawsh 685 created the music and the beat for “Savage Love” (then named “Laxed-Siren Beat”) and it became a Tik-Tok sensation; without permission, Jason Derulo sampled bits and pieces of “Laxed-Siren Beat” in his hit “Savage Love.”  There were harsh words, then they made nice, and the result is global:  “Savage Love” reached #1 in the U.K. within weeks of its release, and last month topped Australia’s chart, as it has in a dozen+ other countries. In the U.S., “Savage Love” ranks #6 on Top 40 and #21 on Adult Top 40.

Interesting stat:  The number “685” refers to the country calling code for Samoa as Jawsh’s heritage is both Samoan and Cook Island.