Devon Gilfillian: Soothing and Groovy with an Old School Vibe 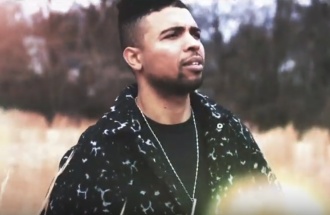 In 1965, Billy Stewart’s “Sitting in the Park” was everywhere, with a sound that’s still around today, noticeably, in the silky-smooth R&B vibe of Neo-soul artist Devon Gilfillan’s “The Good Life,” currently #17 on the Adult Alt chart.

Singer/songwriter Gilfillan has been compared to Al Green and Stevie Wonder, both of whom he listened to while growing up, (plus other artists of that era), and what he has done is forge an original style that incorporates many of those captivating old school elements.

“The Good Life” message is a broad appeal for a positive, uplifted humankind.

Rolling Stone magazine described Gilfillan as “one of the most exciting young artists in Nashville’s burgeoning soul scene.” His debut album, “Black Hole Rainbow,” was released earlier this year.

Gilfillan was born near Philadelphia, and currently lives in Nashville.