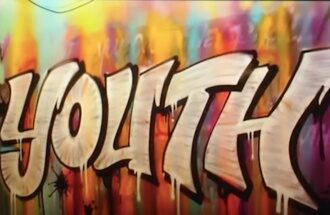 Rebellion and rock are joined at the hip, by the hip, morphing from drag strips and street corners in the 50s, to garage bands in the 60’s to punk in the 70’s.

By the late 80’s and early 90’s the stakes and intensity levels were increasing–The Offspring had a huge hit  in 1999 (over 63 million YouTube views) with “The Kids Aren’t Alright,” an obvious nose thumbing to The Who’s mid-60s “The Kids Are Alright.”

The early 90’s is also when Blink 182 emerged from suburban San Diego and put their own stamp on the punk sound.

Early last month they dropped a new single, “Blame It on My Youth,” which tells the story of their early days.

The message is much different than The Offspring tune yet both songs address issues of growing up within the framework of raw intensity and hyper-energy.  Some verses are clever and insightful:

I wasn’t made for the good life

I ended up getting stuck on the side of the road

I tripped and fell on hard times

Tough breaks are the only kind I know

And some good lines…

I started out with plenty of nothing at all

“Blame It on My Youth” is featured in Blink 182’s  forthcoming eighth album and it’s currently #13 on the Alternative chart.